To night Im lighting up a candle for a bygone soul. He was an old man, age 94, and did past away of natural causes- age. He died some days ago, but I didnt now because his (black) widdow is not the best “sharer”, except from when it comes to sharing the caring for her husband- she happily did share that one. But she didnt wanted to tell us that he did past away 💧.

He was one of my patient I did work for in homenursery, and I was in his home for 2-3 years. He was a man I was not to happy to go to in the beginning, actually he did made me nervous. But that changed after a while. 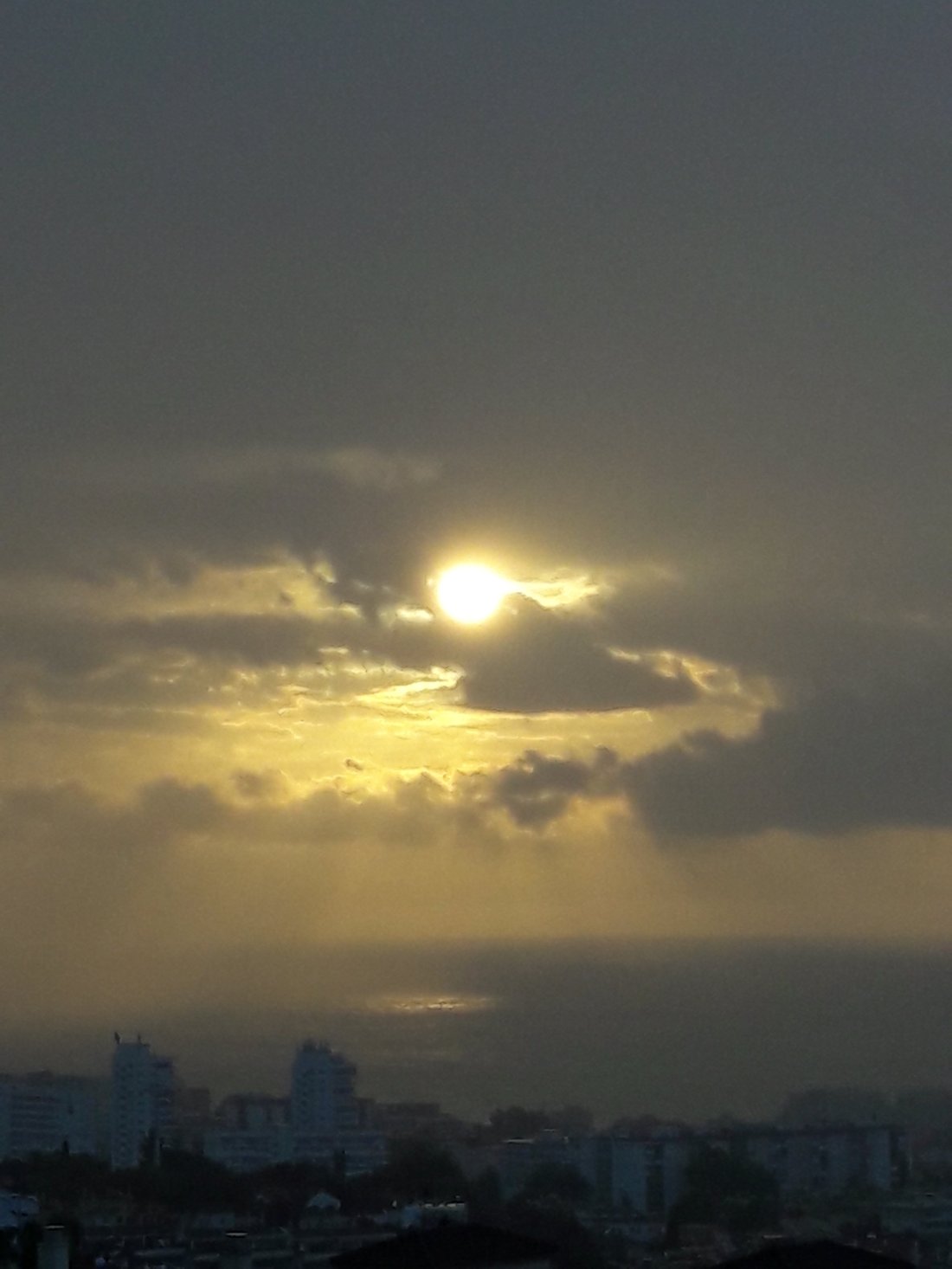 I hope he has peace where ever he is 🕯

I chose to call him Carl, and he was a “mighty” man in different areas in life. Knowledgeable, fresh memories- not any dementia, authors (I think he has been written 37 books), and of course he was wealthy ( but not healthy- in that case,- he didnt neede to have any homenursery 😊), he was also a bit self- centred,- and he really did like women 😍😉.

Like I told you,- in the beginning I was very nervouse,- something I’m normally not in this job,- but he was like “a king”. And in my mind I did called him “the king”. 👑😊. He knew how he wanted to have “everything” ,’ and if it was not done in the correct way,- it was just to start over again. And that could mean a lots of work.

It was all from the food, how I did made his bed to the table covered and his hygienic care. The plates, the glasses, the knifes, spins, forks,- everything needed to be placed correctly. The food should have correct temperature, the egg should be boiled for 5 minutes to get the correct consists (but to get that depends on the size of the egg, not just the minutes). The tea, the breakfast, the dinner- everything 🙂

Every morning to get him out of the bed, wash him (or shower him- on Tuesdays and Fridays= date with his wife, if he was lucky), dress him, make his hair. Change his bed- that normally was wet every morning. And then find his breakfast.

I needed to write down everything, and I also did took photos and even draw his table,- so I was sure I didnt forgot anything 👀 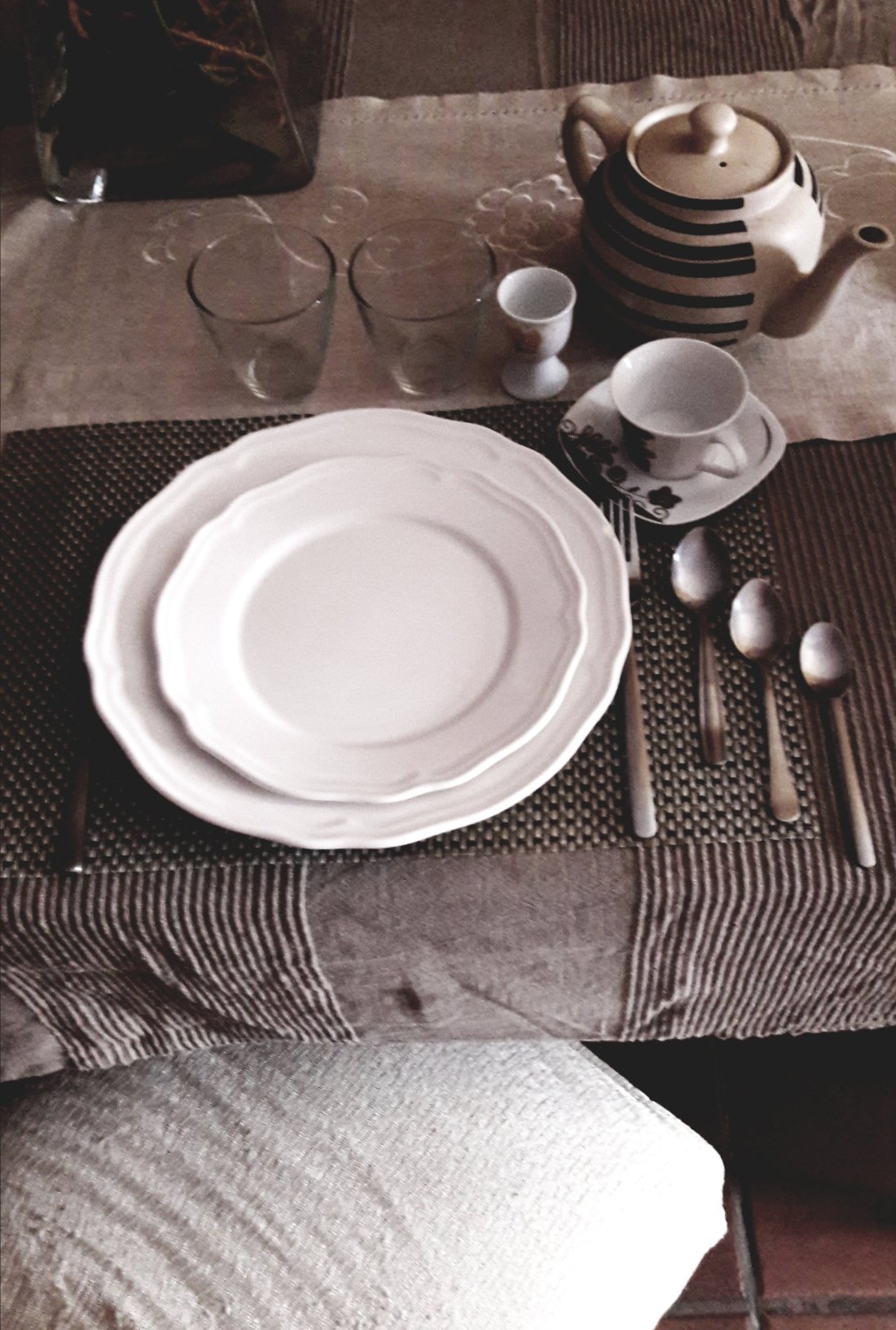 Carl’s breakfast- table. Im still not sure why he needed to have 2 plates for the breakfast, and 3 spoons or a fork 😅.

This table miss a couple of things,- like milk and fresh orange juice, 2 suger bites to the tea, the breadwarmer, the butter, the bread and the jam, and the egg. And all the different and correct temperature 😉. And eye-drops.

In the evenings it was the opposite. Of with the clothes, on with diapers and pyamas and the eye- drops. But first the dinner- that could sometimes take “forever ” to make- it depends what he wanted for dinner. 😊 and “puff” is bed- for an other reason I dont know 😅. 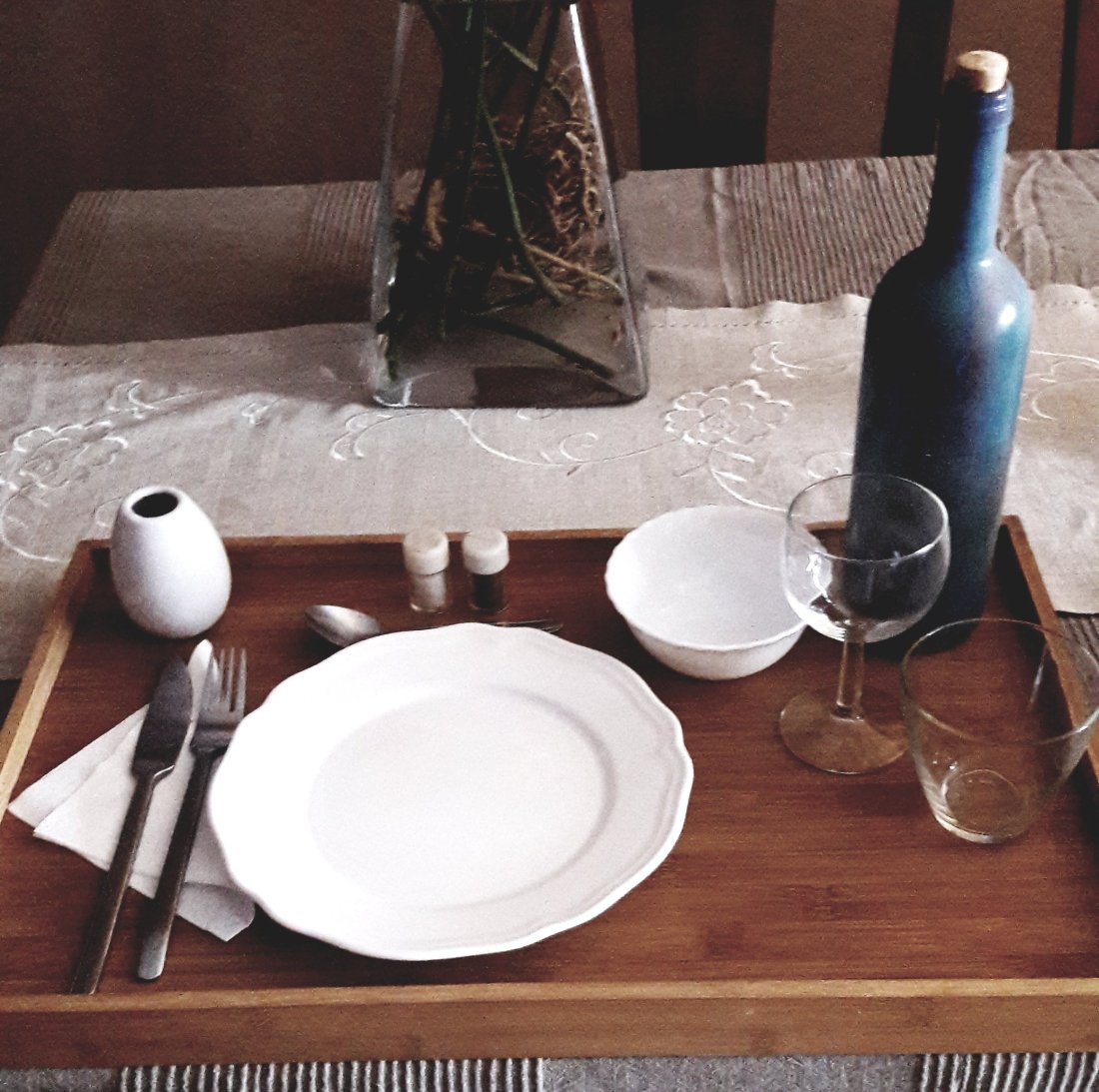 Carls dinner- brett. He did eat his dinner in the bedroom 😊

Its miss the dinner here😉and the dessert, and a bottle of sangeria😊.

After a while we did manage to find a rutine, and he accepted me and the work I did,- but he could still be very patronizing. It was like he had never done any tiny little mistakes in his whole life.

One morning I was to late to him because of the traffic. I did prepared a “speak” in my head to him, because of his patronizing behaviour,- and of course also an excuse- because I was to late.

I went to his bedroom, and excused my lateness, and even before he manage to continue with his patronizing behaviour – I just continue with my “speak”.

“If you have never ever done any mistakes in your life, not a tiny little one- then you can criticise that I m to late. But if you have done mistakes- then you are not any better than me, and you have no reasons to criticise me for today”.

Well,- he didnt say to much, and everything went a bit fast, and his behaviour did change a bit more to the better. Maybe because I did also stand on his oxygen hose under my “10 sek.- speak”😉. I didnt do that on purposes- and it was oxygen hose to his sleeping / breathing machine he used during the nights.

But- oh my! I manage 2 mistakes in 10 minutes 😅. But everything went well,- and I actually did started to looking forward to the shifts at Carls home 😊.

Maybe he became nicer because he was worried I was going to stand on his oxygen hose again?😉

My in my homenursery job- photo taken 3 years ago 😊

Carl was weak for women, young women,- but also boobies and booties on any women 😉. So he did like to lose his food on the floor. He was a very heavy/ a big man,- and could not take up anything from the floor. So we needed to pick it up,- and then his eyes jumped around 2 meter from his head and all over our body 👀. I didnt like that,- so I did started to give him the eyedrops before I did pick up the food from the floor- then he could not jump around with his eyes 😉.

But its not sorry for him for that reasons 😉,- his wife is in my age,- and just in case- she have new boobies and a new booty – payed by Carl 😉( she has even got a new face 😉- its true- I did meet her on the food- store some weeks ago,- and I didnt recognise her because of all the bandages in and around her face).

Carl gardener (age 75) was also very happy for women,- how he manage to touch so many places on the body in so short time, and even place a kiss in the face, is still a mystery for me. My boss did warned me about the gardener 😅He was like that with every women (except from Carls wife). I think he still thought he was 45 or something like that. Any way- he did took very good care of the garden, he had been the gardener there for 55 years,- and he did really loved Carls dog,- they was like to “bestis”- he and the dog🙂

Like I did mention,- Carl liked women,- young women. He was married 3 times, and the wife did get younger and younger. The first marriage ended with a divorce, the second one his wife did die of breast cancer,- and the third one is still around- (the black widdow). He has no children, but still close family that did care for him.

His last wife did start to work for him as an homecareer 5 years ago. But didnt last very long as that 😉. They did get married this Christmas as an “celebration” for theier 5 years long dating relationship. She did never lived together with Carl, she did lived together with her boyfriend- and still do. I think Carl knew this,- deep, deep in his heart,- but he didnt wanted to belive it.

Theier relationship was her taking him out for lunch Tuesdays and Fridays,- if she could. It was many times Carl was very disappointed because she didnt show up for theier lunch. He did even bought a new lunch- car to her.

Today I m most surprised over her behaviour,- even I probably shouldn’t be.

When Carl was in his last days in life she did dismissed all the staff. All the professional staff that could really take good care of him on his ladt days in life,- and also has been around him for the last 15 years. Reason- she said she couldt not effort it. (well,- she is now going to be pretty wealthy just because of Carl). Insted she did get some staff that has no experience in this area- a persons last days in life.

The day after Carl was past away, she did kill his dog. Why could she just give the dog to the gardener insted ?

Carls seconds wifes family have asked for private photo of her that are in the house- they will not get them. The photos have not any money value, but they have private value for the family. And some other things she is now doing- excluded everyone that was close to Carl.

What I dont understand is,- he did gave her so much,- why cant she give a bit back to the people that was around him,- every day?

And I do apologise for calling her “the black widdow “- but she didnt take very much care for her husband. Used time with him, or show the people that have taken care of him for over 15 years a bit more respect and told them that he was past away? Let them take a “good bye”? Be a part of it? Given him a good and professional care at the end?

We all became attractived to various things.

I can be physically attractive to a man as well as to the way he is and behave, or his intelligence.

I think many men first attractive to a woman is her body and the possibility for any kind of to be intim with her,- and then the rest of the woman.

Its not for me to “judge ” this kind of “attraction”,- but I m in this “case ” amazed how she did treated him, and also the people around him. I know Carl wanted his gardener to have his dog, and I know he wanted his second wife family to have those photo. So why couldn’t they get it?

But this is a part if the life- and a part of how different we humans are,- women and men.

I hope Carl rest peaceful now,- and lighting up a candle for his soul,- and it was nice to get to know him 💛 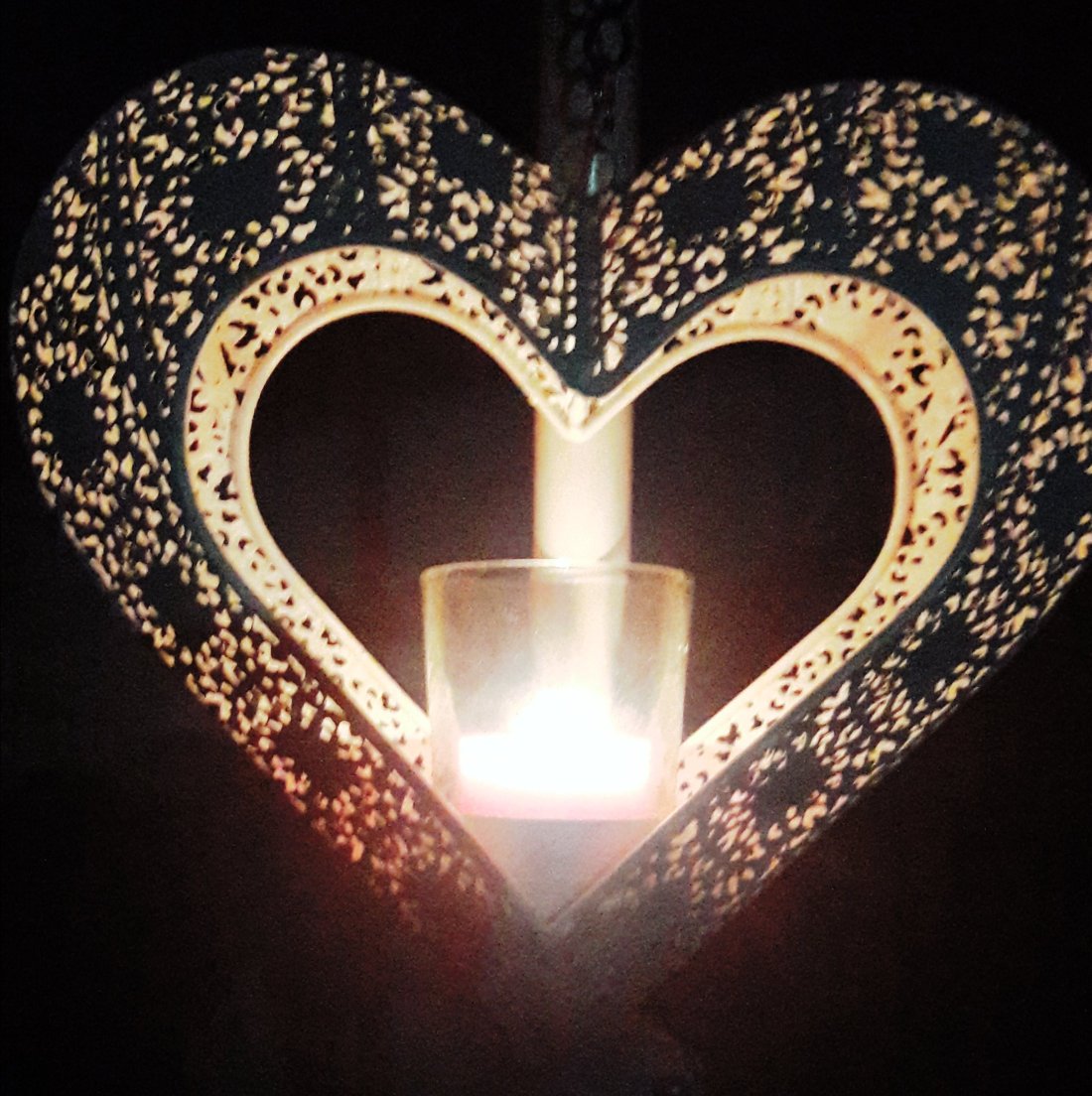 A candle for Carl 🕯