It has been a busy, but very good week. I was a very short trip in to Malaga city one of the days, and did get my “Criminal Record”. I have done this before,- its a very normal procedure when you start in a job for a international company here in Spain,- but we also need to have this for different kinds of jobs in Norway as well. So I have picked it up in Norway a couple of times too 😊.

Thing takes a bit time here in Spain,- so if someone tells me that a “case” will take one hour, I know it will probably take two or more. I always think that it at least will take the double or a bit more time 😊. Then I dont get disappointed.

And its something I have been learning here in Spain it is to be patien (I am a very patient person- but I have a limit 😅), it is to wait, to stand in lines and queues,- and papers, copies, new copies, new papers. But thats the way it just is- its better to just accept the facts and differents between Norway and Spain 😊…..and its in a way a bit of the culture and charm as well, 🌞and its easier to accept insted of getting irritated. 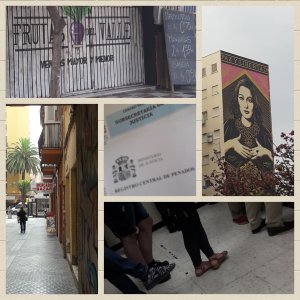 A very “short cut” from Malaga. A bit from the city, the queue and my paper 😊.

I have still Internett, and hopefully I have it for a couple of more days too, until the new company is “up and running” in our home.

I did actually take “a spanish one” in this situation so we was able to keep internett as long as possible, and in between the changes of companies. And , nope! I am not a shame of that at all 😊. But maybe you don’t know what the expression “a spanish one” actually means? Its used in Norway in some situations, but I don’t know if its used so much in other countries. My spanish student havent heard it, so its not very “familiar ” here…..as fare as I know.

“A spanish one ” means to “take a short cut”, a easy and “fast” solution in different “cases” or to use “a kind of a nice, white, little lie” in a situation to “buy” a bit more time.

And please,- dont tell me that you have never taken “a spanish one”😉. Im not going you belive you anyway 😊. I dont think you are better then me,- unfortunately most if us have done this, take “a spanish one”, – because we are ” just humans”.

And nope! In this “case” with the Internett company I m using now I m not a shame at all. The company has so bad costumer-service and they have used “a spanish one” to me a lots of times. If its correct of my to do that same, its an other “case”,- but now I have been a patient costumer for many years, and now its actually enough!

One example is this “disconnecting” I did have every day last month, (its not the first time), an other thing,- the company should actually installed fiber-net to us in January this year- I m still waiting- and I even have the contract on fiber-net,- but,- nope,- still no fiber 😔. This was just some few examples ,- and I m not going to use time to tell you more 😊. 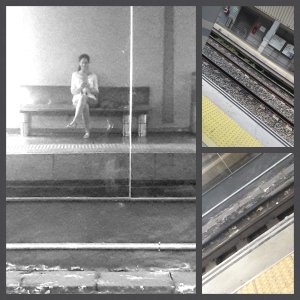 Im waiting for the train to and from Malaga,- and feel no shame at all for taking “a spanish one” to the Internett company I using at the moment 😊. ….and Its just a bit coool pic. too 😊

But yes,- its not unfamiliar that here in Spain “to take a short cut” or find “”fast” and easy solutions” on a “case” is very normal.

My children has heard me, and other norwegians, use the expression “a spanish one” a couple of times when we lived in Norway,- and they did and still does understand really well what it means. But it was first after we did moved to Spain they actually started thinking about the expression and why its called “a spanish one”. Then my best example was to just show them in the traffic in Spain and use some examples from there. Becasue thats, is also, a bit different from what I m use to in Norway,- and even my kids could see “the easy solutions” the spanish drives did, and still does take in the traffic….even they didnt drive a car or had the drivinlicens at that moment- 6 years ago🚗. But the expression is a couple of 100 years old actually, and was also used by sailors, after 6 months on the ocean,- with their own “handcraft” to relieve a bit of the “pressure” on their “eager banana” 🍌 ( Im just trying to explain this in a nice way 😅) had a stop in Spain before the long ocean- trip back home. Then the sailors was looking forward to “a spanish one” 😉.

Most of the sailors had wifes and families in their home- countries,- and it was not to popular to come back home to the wife with various dissies. So,- to give their “handcraft” a tiny “time-out” before the next long trip back home, the sailors bought prostitute and rub their “eager banana” between the breast to the prostitute. Thats actually also “a spanish one ” ,- “a short cut” ,” a easy solution” on a “big, eager pressure “🍌🍒😅. But I didnt explain my kids that one 6 years ago,- at the time I did think they was to young to get an so “intimate” explanation on the expression “a spanish one ” 😅.

But “a spanish one ” is an expression for a easy and fast solution, maybe not always a to nice one solution- but thats the way it is 😊 (And like I did write,- its no offence to the spanish culture or spanish people at all 💛 – there are also expressions “built on” the norwegian cultural and with an sexual undertone as well 😊). 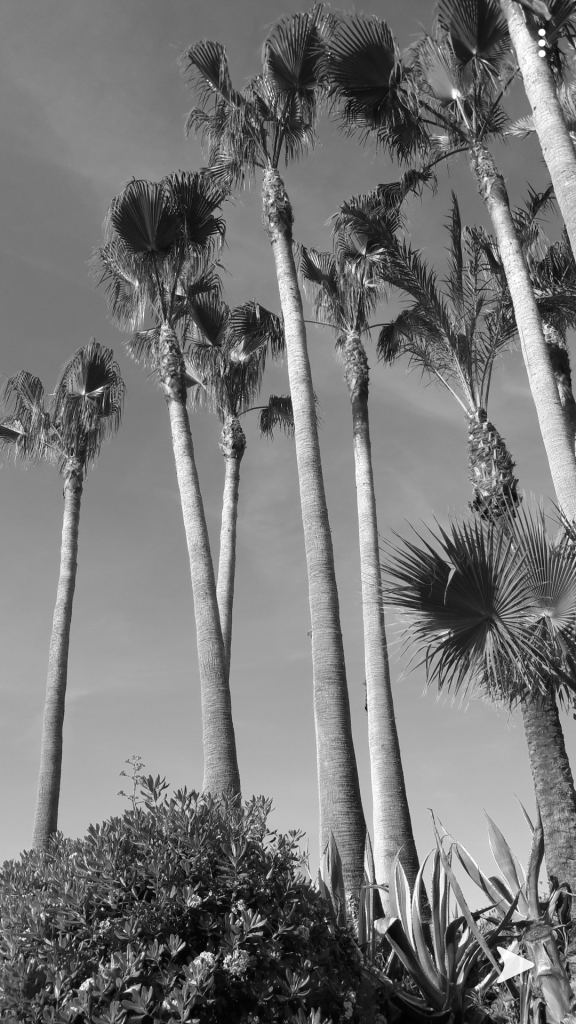 “A spanish one ” is an expression with both an cultural and sexual undertone 😉😊….so….is it this long, “lonely” “masts” on a ship with sailors ? 😉…..or just a nice photo?